The Hungarian Society for Experimental and Clinical Pharmacology (former name: Hungarian Pharmacological Society) was founded in 1962 – on the initiative of Joseph Knoll, member of the Hungarian Academy of Sciences.

The total membership of the Society is over 500. Our members, qualified in various academic fields (medicine, chemistry, biology, pharmacy) and working as scientists, physicians, university educators, toxicologists etc. are all associated with the field of pharmacology. The Society’s members include the most excellent Hungarian professionals and experts, worldwide acknowledged scientists: 5 members of the Hungarian Academy of Sciences, more than 20 DScs and numerous PhDs and CScs (an earlier scientific qualification before the introduction of PhD degree) from the fields of higher education, science, industry and health care. We are very proud of our honorary members from all over the world including Nobel laureates.

Scope of activities:
•    to maintain and further raise the high professional level of the of Hungarian experimental and clinical pharmacology
•    to catalyze the cooperation among the specialists working in the field of pharmacology, toxicology, clinical pharmacology and medical practice by organizing scientific, professional and educational conferences, congresses, seminars, symposiums, colloquiums and lectures.
•    to give professional assistance (expert opinion) in drug development and registration for the National Institute of Pharmacy and Nutrition and other relevant Institutions
•    to organize training and professional courses (e.g.: GCP-courses, thematic events) especially for young pharmacologists, medical doctors and pharmacists

International congresses, conferences and scientific events organized by our society in the last years show the worldwide reputation of our society. The Second EPHAR Congress in 1999 and more recently the 10th EACPT Congress in 2011 have been organised in Hungary. We celebrated the 50th anniversary of the foundation of the Society with an international conference in 2012. In 2014 the Society hosted the 8th International symposium on Cell/Injury and Cytoprotection/Organoprotection. All of these international congresses were very successful in every aspects.

The Drug of the Year Award was founded by our Society in 1997 to recognize the contributions and achievements of the pharmaceutical industry. The awardee must meet several scientific, economic and clinical criteria as evaluated by an independent Expert Committee. The Award is held in high respect by the scientific and industrial community.

Our society puts a great emphasis on the support of young researchers. The Junior Prize (a competition of the Society announced annually) is devoted to the most talented and successful young colleagues.

Outstanding scientific achievement is honored by the „Issekutz Béla Award and Medal” founded in 1976 by our Society. It is presented to scientists who have contributed significantly to the field of pharmacology. 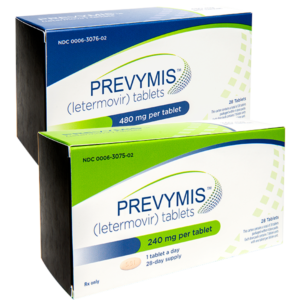