On April 17 2018 the Hungarian Society for Experimental and Clinical Pharmacology and the national and international drug research suffered and irreplaceable loss: Joseph Knoll, member of the Hungarian Academy of Sciences, an exceptional personality of the science of pharmacology, honorary life president of our Society, has died.

In his person we are mourning the founding member of the Hungarian Society for Experimental and Clinical Pharmacology who was until 1967 the general secretary and then until 1982 the president of the Society. In 1982 he was elected honorary life president. Between 1981 and 1984 he was councillor and between 1984 and 1987 first vice-president of the board of the Executive Committee of the International Union of Pharmacology (IUPHAR).

Furthermore, he was elected honorary member of several important foreign scientific societies: among others the Leopoldina German Academy of Natural Sciences, the Polish Academy of Sciences and Arts, the Royal Society of Medicine, the Medical Academy of Magdeburg. In 1989 he was awarded by the title of „doctor honoris causa” of the University of Bologna. He is honorary member of the Czech, the Italian, the Polish and the Bulgarian Pharmacological Societies, as well as the Austrian Parkinson Society.

His scientific achievements have been acknowledged in 1999 by the Award for Distinguished Service in European Pharmacology, in 2001 by the Award for Outstanding Contributions to Anti-Aging Medicine. Among the Hungarian titles the State (1985) and the Széchenyi (2003) prizes and the “Middle Cross of the Hungarian Republic Order with Star” (2010) are outstanding.

Joseph Knoll, the physician, the scientist of pharmacological research of international fame has created a huge and enduring life work. All his books and scientific publications show his original way of thinking, he never did choose the beaten track, he always looked passionately for the new, for the general solution of scientific problems raised by himself.

Many results of his central nervous system research are inexhaustible sources of further scientific work. His thinking had such inspiring effect on several of his coworkers that they followed these thoughts throughout their whole life continuing the elaboration of these fields of research.

An important stage of his theoretical work of philosophical depth was his original new theory, elaborated in 1999, about the relationship of the brain and consciousness, the significance of obtained drives, about its mechanism of development, its importance in the formation of human society, of art and science. His theory has been summarized in a monograph titled „The brain and its self” which was published by Springer in 2005. He considered this theory one of his main accomplishments of his life. He demonstrated the essence of obtained drives and scientific research and art with a wonderful example by the life of Frida Kahlo, a Mexican painter of unfortunate fate. As it is known, Kahlo lived her life with awful sufferings due to an accident. During the last days of her life she existed bedridden with one leg but she wrote in her diary before her death that “I have only three wishes: to paint, to paint, to paint.” And she has painted eight days before her death, her last wonderful still life with the subscription: ’Viva la Vida’, let live the life. This is a wonderful example of that obtained drive, of that mechanism which is functioning in the human brain until the last moment. For the dedicated scientist too, the passion for scientific research is such a drive. Professor Knoll was also driven by the insurmountable desire for new discoveries till the last minute, till the last manifestation of his consciousness.

Professor Knoll has unique merits in the creation of the conditions for up-to-date pharmacological research in Hungary, in the development of a well-equipped institute, as well as in the establishment of the Hungarian Pharmacological Society to unite the country’s pharmacologists.

He became the director of the Institute of Pharmacology of the Medical University of Budapest in 1962. This was the beginning of the modernization of the more or less out of date institute, its joining into the international life of research and drug development. It can be said that it was the forerunner of translational medicine. He had built an exceptionally good relationship with the pharmaceutical factories, first of all with Chinoin. This close collaboration was the basis of that consistent research of structure-activity relationship which led in the first half of the 1960s to the development of selegiline, the Hungarian drug used all over the world even now and which made Knoll’s name well-known internationally. Selegiline became the most successful compound of the Hungarian drug industry. It is marketed in nearly 100 countries of the world and is used in the treatment of depression, Parkinson’s and Alzheimer disease and recently with more and more other indications. The drug belongs to the obligatory basic knowledge of all handbooks.

These scientific qualities and successes helped him to make internationally well-known the Hungarian Pharmacological Society which has been formed by him.

From 1849 when the first independent Pharmacological Chair has been founded in Europe until the end of the Second World War, pharmacology was a part of physiology. – Pharmacologists were members of the Hungarian Society of Physiology (MÉT) participating at its conferences and at the congresses of the International Society of Physiology. Its independent pharmacological section has been formed in 1960 which held its first international meeting in 1961 in Stockholm. This was followed by the formation of the International Union of Pharmacology (IUPHAR) in 1962.

In Hungary Professor Knoll has initiated the founding of a new Hungarian Society of Pharmacology, independent of the MÉT as early as 1960. In 1962 it was successfully accomplished. Professor Issekutz, the highly respected director of the Institute of Pharmacology in Budapest became the first president of the MFT and the first general secretary the young, 37-year old Joseph Knoll who has achieved significant scientific reputation at that time already. He has foreseen the future, he knew that the international development requires the foundation of independent national pharmacological societies. So, following his advice, the society became independent of the MÉT and became one of the 10 or 12 European national pharmacological societies which made possible the formation of the International Union of Pharmacology (IUPHAR).

To the formation of the MFT and to the achievement of its aims Joseph Knoll, using his excellent personal connections, has got the principle and financial help both of the official authorities and of the leaders of the pharmaceutical industry. So professor Knoll could put an end to the isolation which separated Hungarian pharmacologists from the international life. Members of our Society started to participate and to give lectures at international congresses and symposiums. With the help of the MFT and the pharmaceutical industry more and more of them were able to spend some time at respected foreign research institutions.

According to the memories of Joseph Knoll he himself could first participate at a foreign („western”) congress in 1958. This was a meeting of the Collegium Internationale Neuropsychopharmacologicum (CINP) the president of which was Daniel Bovet, the later Nobel Prize winner. Knoll and Bovet became good friends and maintained excellent scientific connections. He described his impressions at his early congresses abroad in a very picturesque way.

A very important part of his life was beside science also the art. He considered these two natural human activities the most meaningful in life: „without science one cannot live, without art it is not worthwhile” said he.

In an interview he remembered the international congress of pharmacology in London at a time when he was the first vice president of IUPHAR and somebody would have liked to meet him personally. The man could not find him at the meeting but a colleague who knew Professor Knoll really well, gave him an advice: “go to the National Gallery, walk through the halls and you can be sure to meet him”. – They met.

He had wonderful memory, he could cite poems for hours, to speak about painting or music. We, his co-workers and pupils could learn a lot from him about life, work and beauty and these talks during the common travels meant very much in understanding the essence of research and in understanding our responsibility as scientists.

MFT has also joined to the international scientific life organizing congresses in Budapest with international participation never seen before, beginning from 1974 and repeating every 2 or 3 year. The scientific material of the symposiums was published jointly by the Publishing House of the Hungarian Academy of Sciences and Pergamon Press with Professor Knoll as general editor and with the organizers of the symposiums as editors.

In 2000 the experimental pharmacological profile of the Society was enlarged, according to requirement of the age, with Clinical Pharmacology, as an independent new science. Professor Knoll was early to recognize the basic importance of human drug research in increasing the possibilities of Hungarian pharmacology. He convinced the leaders of the Ministry of Health and the pharmaceutical industry to create the financial basis of a Clinical Pharmacological Network in order to make interested the best Hungarian clinics and clinicians in the development of clinical research, to introduce high level clinical study of new drugs in Hungary. This new trend appeared in 2000 also in the name of our Society, being changed to Hungarian Experimental and Clinical Pharmacological Society (preserving the old abbreviation of MFT for its international reputation).

Reputation of the Hungarian Experimental and Clinical Pharmacological Society is well demonstrated by the fact that its 50th anniversary of foundation was celebrated at the Hungarian Academy of Sciences with significant international participation, in the presence of the highest leadership of IUPHAR (September 19-21, 2012).

The international union reported in Pharmacology International No 789 (2012), in its official journal, about the 50th anniversary of the foundation of our Society, about Joseph Knoll’s article: „The first 50 years of MFT”. They remembered Béla Issekutz as the first president of the Society and about Joseph Knoll, as its founding member and honorary life president and the names of all former presidents of MFT.

We the successors are obliged by Professor Knoll’s intellectual heritage and the work is going on. The Society exerts even now scientific activity at home and abroad, it has a permanent presence at international forums, just like our honorary life president started to do so, leaving to us the responsibility, as a legacy, to follow his way. It was also his legacy, as an example to follow, his ever open world view, ready to discover, the importance of publicity, to make unforgettable and an example to be followed his outstanding intellect and his colorful superb personality for the future generation.

Let us be worthy to his legacy and let us keep him for ever in our memory.

Susanna Furst, Past President of the HSECP 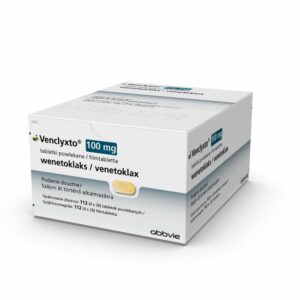